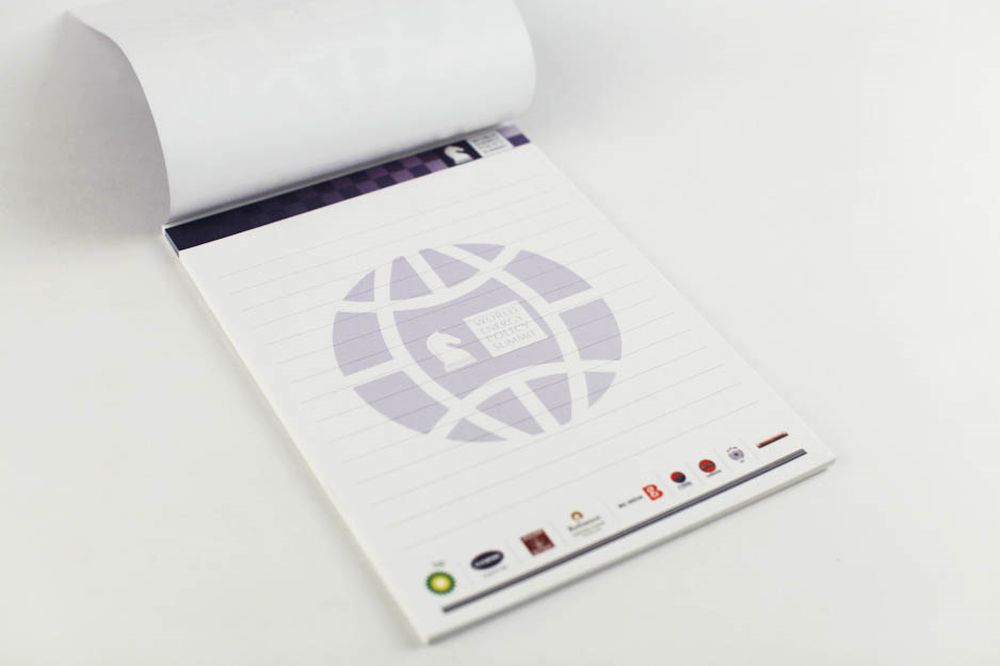 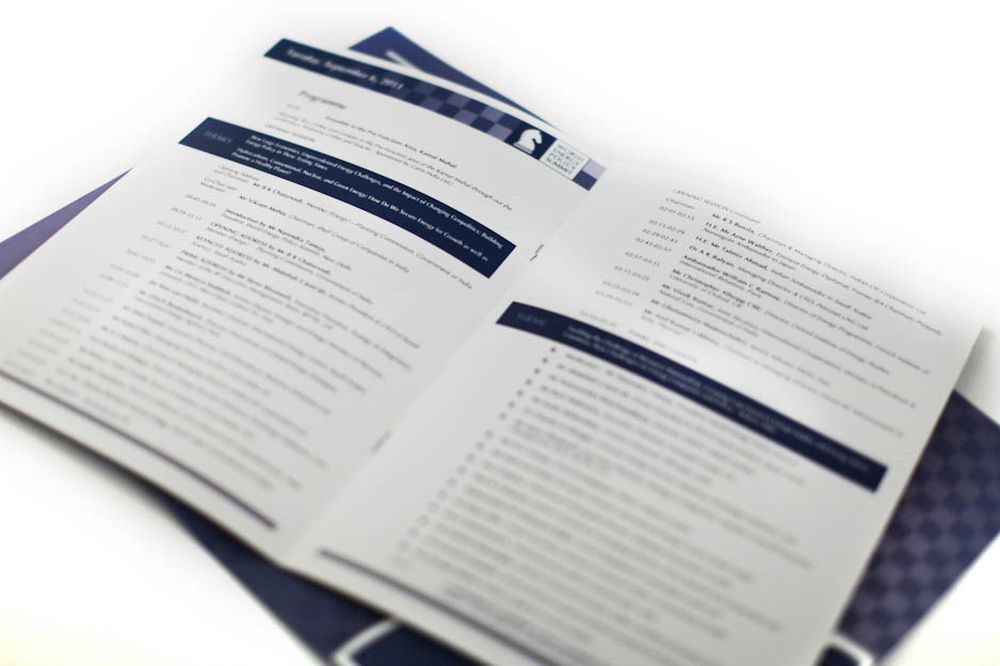 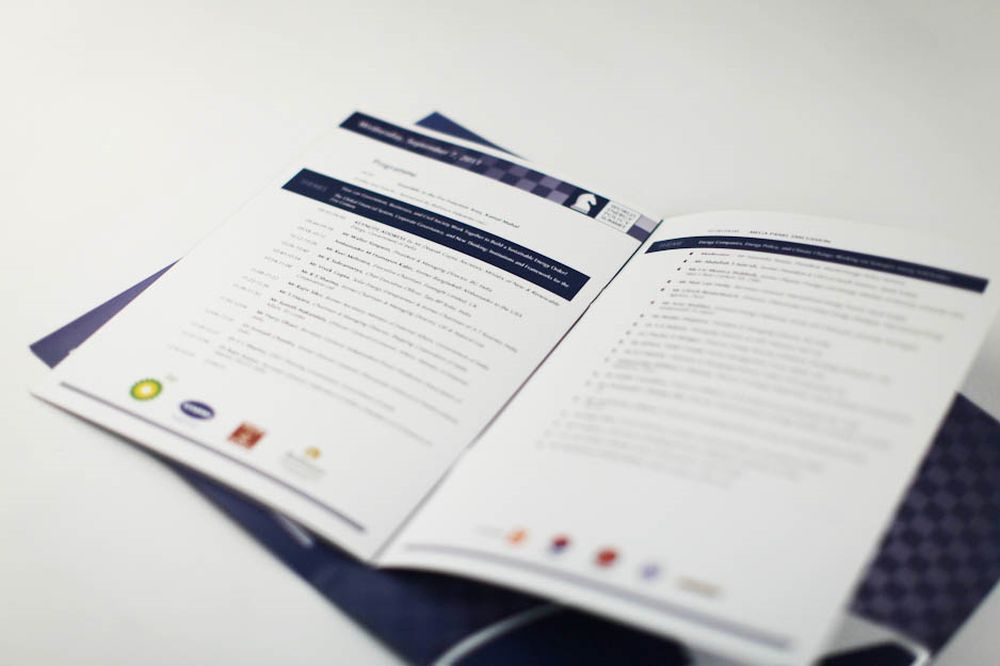 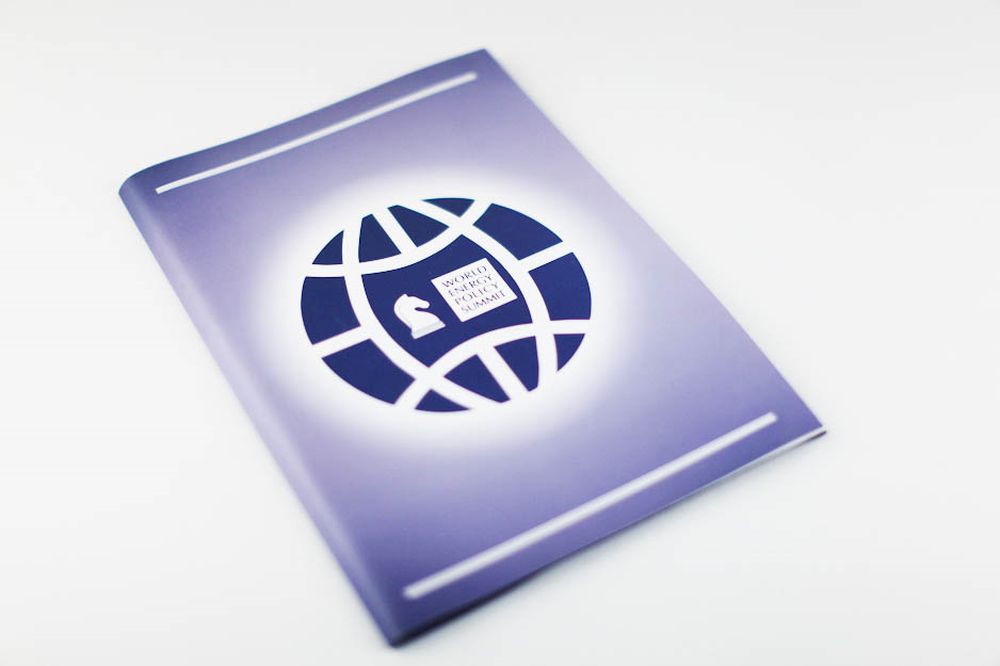 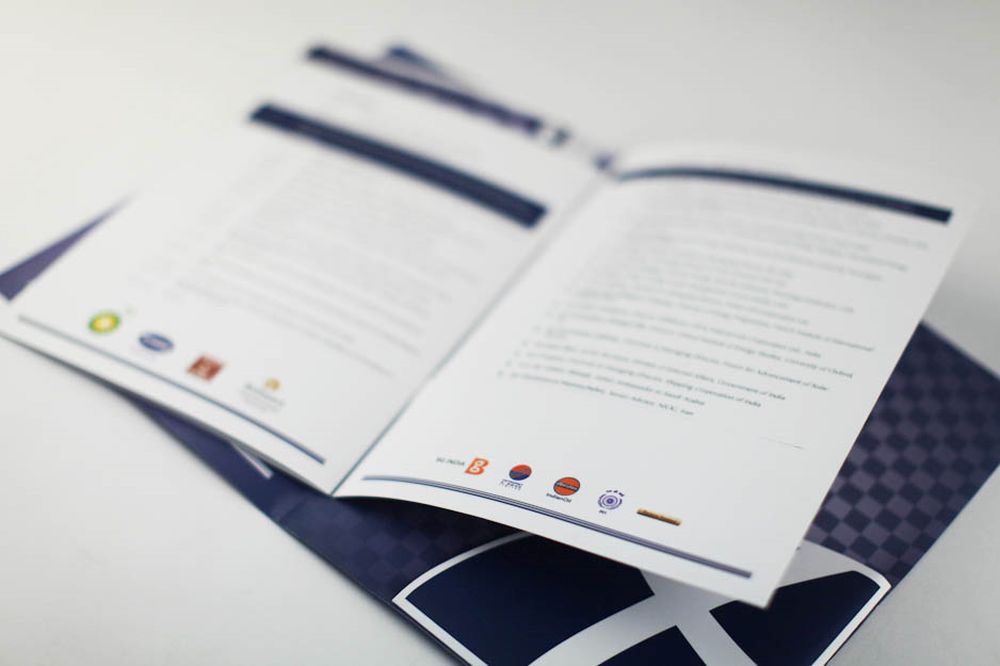 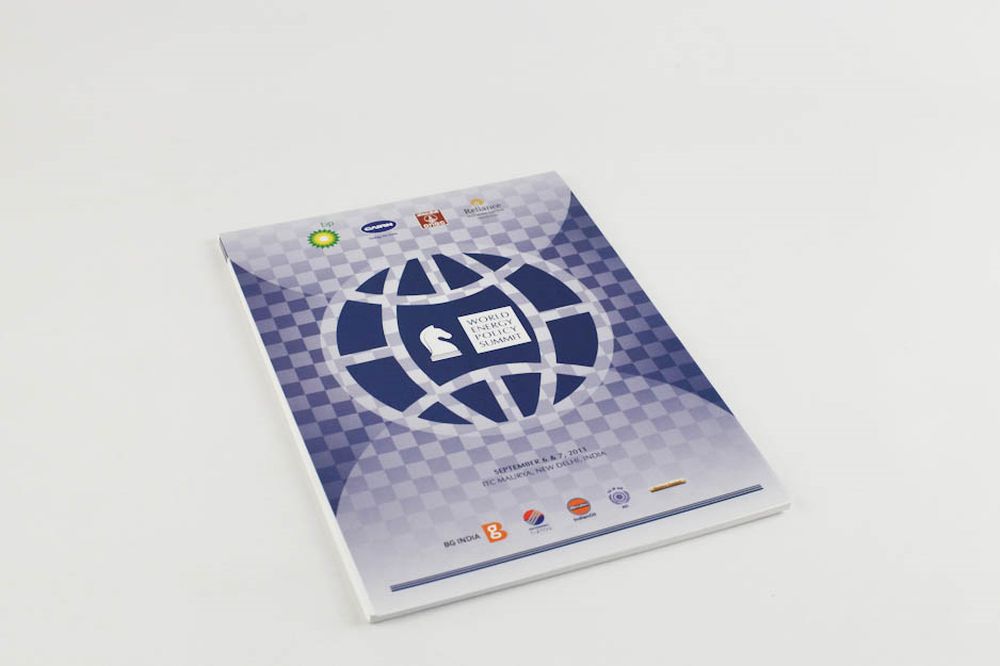 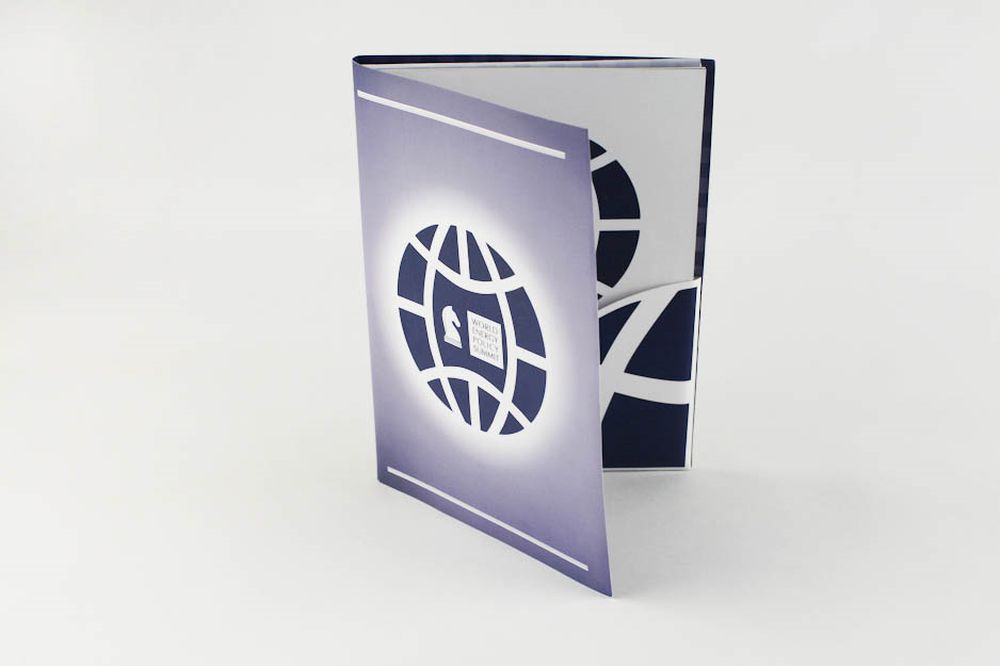 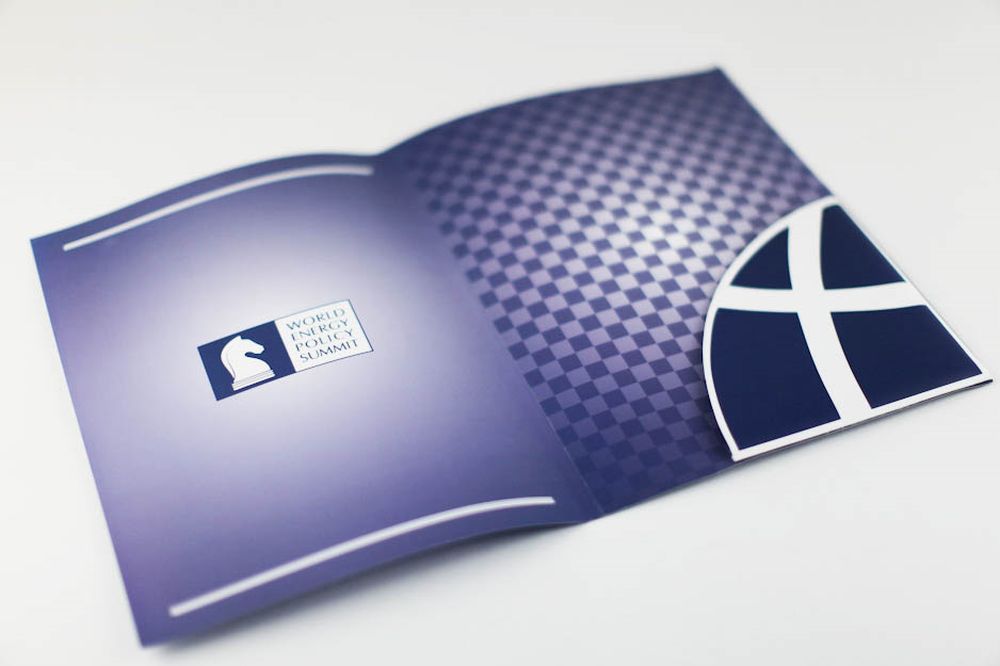 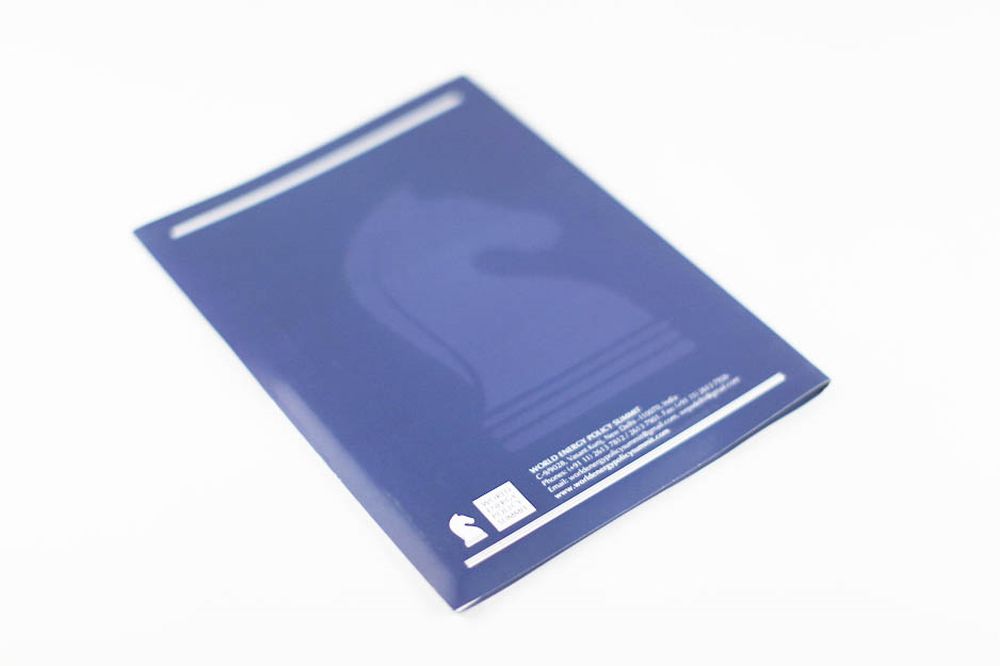 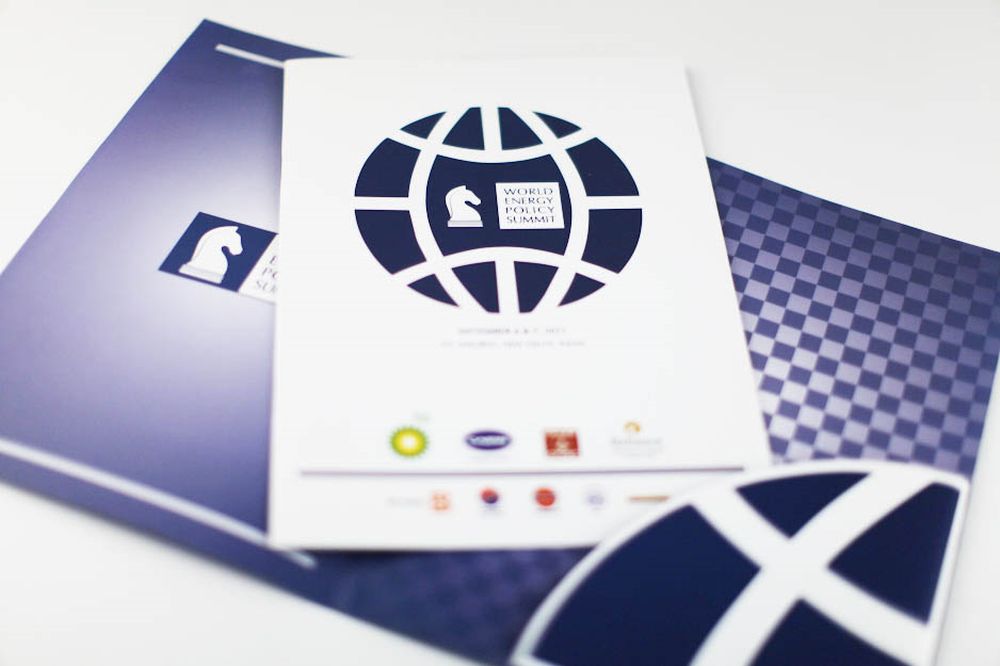 In 2011, the annual conference of World Energy Policy Summit was held. It was primarily an oil and gas forum. A conference kit, containing the program brochure, a note pad, a folder and a badge was designed for the same. Each and every participant in the conference was given this introductory kit.
While designing the kit, the basic aim kept in mind was to carry forward the design elements of WEPS logo.

In the background of entire stationery is the texture of a chessboard which is symbolic of planning and strategizing. The globe is an important and rather dominant element of the kit design. It goes without saying that the globe represents the reach of WEPS all across the world. In harmony with global outreach, are placed waves that imply flow of communication across the countries.

WEPS logo is placed on each design. Usage of blue color in the base as well as different tones of the same hue in headers has been done. A translucent image of globe combined with the logo has been embedded in the sheets of note pad.