The rise of anti corruption movement 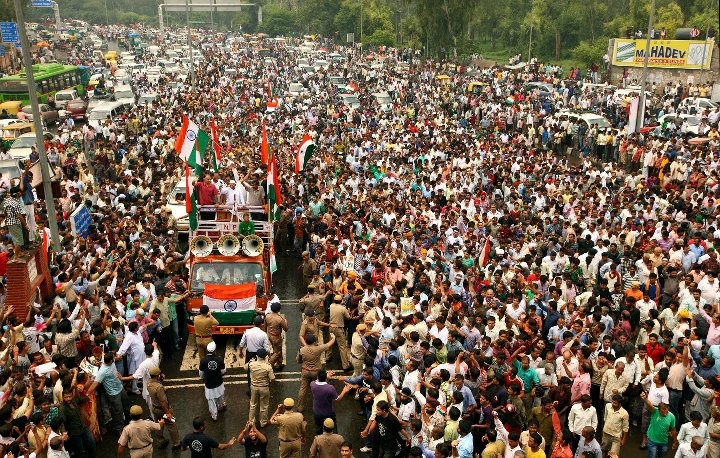 You can’t afford the ransom!

Inflation has been driving up the size of the bribes. So for big policy decisions favouring arms dealers, large global corporations, domestic industrial giants, local business tycoons, various kinds of contractors, criminal networks – those who are in authority, whether parliamentarians, ministers, court officials, tax inspectors or other custodians have been taking much larger sums in cash to extend their support or cooperation.

Now this spending power and its extravagance and poor taste causes social havoc. It drives up prices of commodities, promotes vice, increases a brazen lawlessness and heightens the insecurity in society. The common man, in addition to economic pressure, experiences the threat of this erosion of social and cultural values. He starts to see the rise in crime, the degeneration in society, the economic inefficiencies, the unaccountability of the political class – all as facets of the same issue and stemming from a common origin. That is when the anti-corruption movement snowballs, gathers momentum and gains a paramount position in the nation’s discourse.

It is easy to try to term the issue of corruption as an economic one, to say that it is to do with parking funds in banks abroad; to invoke Gresham’s law; to talk about Pay Commissions; to question how parties can fund their election canvassing otherwise; to revise parliamentarian allowances and discretionary funds and so on.

However, this does not seem to be the case really as most of the anti-corruption campaigners and supporters see the phenomenon not as an economic aberration but as a deeper malaise, as an economy based on jeopardising social interests and as a sacrifice of the larger public interest to line the pockets of the wheeler-dealer club.

Everything is at stake – Sakuni has rolled the loaded dice.

This is the reason why the discussion ranges around the question of right and wrong, good and evil, compatriots and conspirators, conscience and compromise. While newspaper headlines spell out large sums in crores and millions and those numbers represent the magnitude of the offences, the public reaction is not only to the inflation that has happened in bribery over the last decade, it is a defence mechanism responding to their own sense of insecurity because of all this.

The common people feel that their own lot, – struggling with rising fuel costs, their receding hopes of a modest retirement fund, or of affordable and adequate healthcare – is only worsening, and those in power will not be assisting them in the least because clearly, they are amassing all these stupendous amounts of money for themselves.

As a self-protective instinct, this reflex manifests itself as social outrage and even some moral posturing ( as many individuals do not practise any higher value system in their own lives ). In populous societies where there are larger numbers of people living on the brink of survival, the impact of mega-looting is palpable and affects the prospects of an entire generation.

The party office can be disinfected only by public squads

The political classes, regardless of the ideologies or manifestos they claim to be following, have come under a cloud. They have fallen into disrepute. They have created cynicism in the public. They are like the unscrupulous property-brokers who hold neither seller nor buyer’s interest, but continuously connive to increase their own commission on the transaction. The heat of the anti-corruption movement has at least slightly singed, if not scorched the mainstream political parties. It has brought some pressure to bear on the leaders of the parties, who themselves are role models for the aspiring corrupt in their party ranks.

Without such pressure ( which can come only from the masses and through huge public demonstrations ) – the workings and financial management within political parties cannot change a whit. It is only the intolerance expressed by sufficiently mobilised and organised members of civil society that can hold out any chance of real change – under duress – in the political fabric of any country.